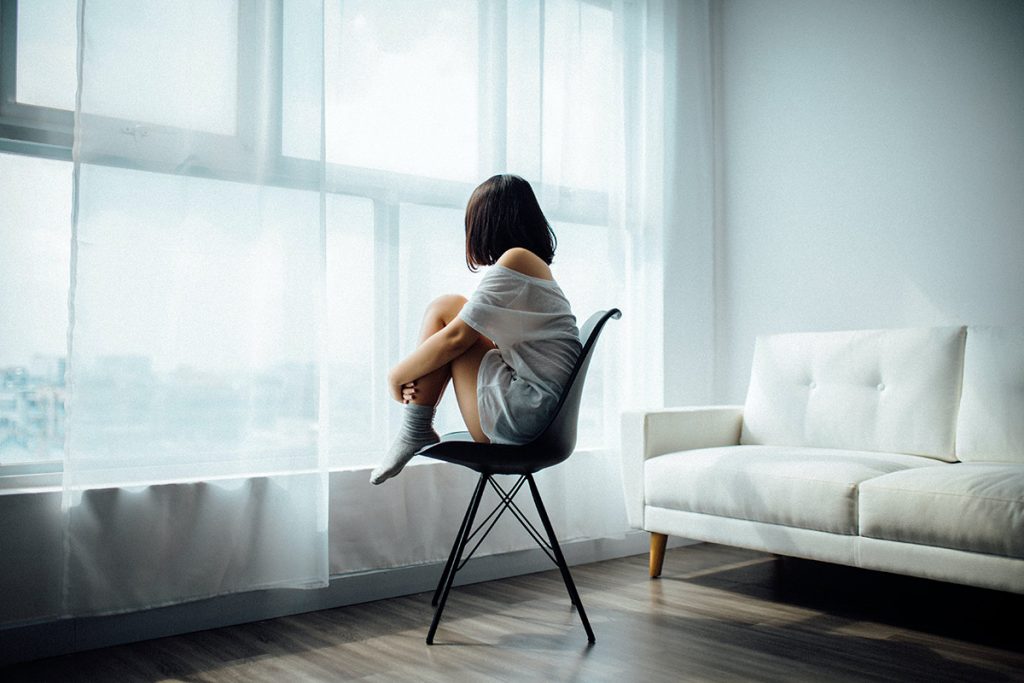 At least 1 in 3 mothers or birthing-people experience some symptoms of birth trauma*.

These typically include one or more of the following:

For about 4% of people these symptoms meet criteria for Post-Traumatic Stress Disorder (PTSD). Still birth trauma has for a long time been dismissed not as a ‘real’ problem, and even today you might have found your distress minimised by others. Birth trauma is real.

Minimisation of birth trauma is part of a broader problem where the institution of motherhood over-normalises women’s role as one where they are expected to give birth and then carry on as if unaffected.

In fact there are many ways birth trauma is a unique traumatic event.

Allow me to explain…

Birth trauma is different because… Birth is considered a positive event

Child birth trauma is probably the only disorder resulting from an event which is socially positive1. We associate PTSD with war, abuse or natural disasters, not with birth which is typically thought of as a ‘joyful’ event and something to be celebrated. You might have expected birth to be difficult (it is called ‘labour’ after all), but most women do not expect it to be traumatic.

Similarly, other people might also find it hard to accept that your birth was not ultimately a positive experience. After all, “at least you have a healthy baby, that’s what counts”. It’s invalidating comments like this that leave mother’s feeling even more silenced and alone.

You yourself might not realise you have been distressed by birth until later when you become pregnant again and begin to notice anxiety.

Birth may be a positive experience for some, but birth trauma is also real.

Only recently have we understood that birth-related PTSD presents in a different way to PTSD caused by other events. In particular it is often bodily sensations from birth which are re-experienced, triggered by sex or smear tests, for example. This is likely to be because birth itself is a very bodily experience and the mark it leaves echoes this. There is also less avoidance of birth-related topics and less emotional numbing. Only recently have screening tools been developed specifically to identify these unique characteristics of birth trauma.2

Birth trauma is ‘in the eye of the beholder’3

Indeed, quite often it is events around birth that are distressing, as opposed to the process of childbirth itself.

Women giving birth are at their most vulnerable. You or your baby didn’t have to be at risk of death or be facing a serious injury for the birth to be experienced as traumatic. Trauma is anything that left you feeling intensely afraid, out of control or helpless. Many times a birth is considered ‘obstetrically straightforward’ by professionals but be experienced as traumatic by the mother.

Research shows one of the biggest factors influencing PTSD after birth is how women feel they were treated during labour. With higher distress associated with feeling uncared for or ignored by midwives or obstetricians. Such as having your requests for pain relief dismissed. Hearing words such as ‘your only 4cm along’ or your ‘failing to progress’. Women describe feeling out of control, silenced and alone – which is terrifying at this most vulnerable time. These are the less visible moments which can turn something difficult into something traumatic.

Birth trauma is different because… it is perceived as ‘motherhood failure’

Your first birth delivers you to motherhood4.

Birth trauma always happens at a point of huge transition for women – at the beginning of motherhood. This transition has been coined ‘matrescence’, a word which alludes to this as a transitionary period akin to adolescence. No other trauma is consistently linked to such a profound adjustment and the beginnings of such an important relationship.

There are strong communications in society that women have an ‘intuitive instinct’ around giving birth; which stacks up to an implicit message that a (good) mother knows how to birth her baby. But, of course, there are lots of reasons why birth doesn’t go as hoped and it’s never because you didn’t try hard enough. Although sadly that’s often the interpretation; that a difficult birth equates to ‘motherhood failure’. Negatively impacting a women’s perception of herself as a mother right at the start of motherhood.

Birth trauma doesn’t only impact the birthing-person, but can impact the parent-infant relationship. It is very hard to be sensitive to your babies needs when you are experiencing hyper-vigilance and sleep deprivation. For example, whilst we know a babies’ cry is designed to illicit a response, it might feel impossible to soothe your crying baby when you are on edge, or when the baby is a reminder of the traumatic event.

It is common for mothers to feel guilty about the disruption to their relationship with their baby, but therapy provides an opportunity to move beyond this and develop a closer bond with your baby.

What can I do if I had a traumatic birth?

I hope this article has helped you understand why birth trauma is unique, and why I believe birth trauma support needs to be equally specialist.

The next step might be to seek support from a trusted professional; your midwife, health visitor or GP. Encourage them to read this article if you think they would be interested.

Be aware that, if your trauma symptoms persist after the first few weeks, you may benefit from specialist birth trauma therapy such as EMDR.

You may find that you are offered something called Rewind Therapy, or Birth Trauma Resolution therapy, which may be provided by a midwife. This is not yet an evidence based treatment and not recommended by NICE. If this is offered to you, be aware that you can request an intervention recommended by NICE (national guidelines) instead.

Contact me to find out how I can help you after birth trauma.

You can also subscribe to my newsletter to be the first to find out more about future articles and to receive curated newsletter with tips, resources and support.

*The phrase ‘mother or birthing-person’ is used to acknowledge that not all those who give birth identify as female.